Historically, there have been many accidental discoveries which have formed the basis of treatments still in use today. One example is in the origins of the class of drugs known as the benzodiazepines. These were first discovered in 1955 by a scientist called Leo Sternbach. The first benzodiazepine was chlordiazepoxide (or Librium) and the main use for this drug currently is for alcohol withdrawal. 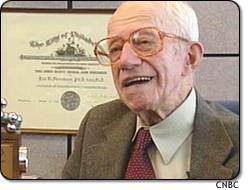 Essentially, benzodiazepines act as a sedative by augmenting the effects of gamma aminobutyric acid (GABA) which is a neurotransmitter – specifically an inhibitory one.  This has a calming effect, suppressing firing of neurones.

One of the initial benefits of these drugs was the apparent lack of respiratory depression, unlike barbiturate medications, which were commonly used prior to this discovery. Barbiturate overdose had often proved fatal. While overdoses of benzodiazepines are also dangerous they are less toxic than the barbiturates and fatality usually only occurs when mixed with other substances.

These days there are a whole host of different benzodiazepines which have slightly different uses and effects. Some of the key uses for these medications are in the treatment of anxiety disorders, induction and maintenance of sleep, as muscle relaxant and as anti-epileptics in an emergency setting.

Side effects from benzodiazepine use may include problems with vision, confusion, drowsiness, dizziness, poor co-ordination and even feelings of depression. There is also the risk, when used for prolonged periods, for development of dependence on the drug and therefore for the abuse of it. It is because if this that the British association for Psychopharmacology (BAP) suggests careful consideration prior to offering periods of treatment longer than 4 weeks with this class of medications. It is also very important to know that mixing this class of medications with alcohol can even prove fatal.

Acute withdrawal from these medications may also deliver some undesirable effects such as anxiety, raised heart rate, high blood pressure, light and sound sensitivity, sleep disturbance or tremor. More severe effects may include seizures. Withdrawal is therefore recommended to be done gradually and with carful monitoring by a doctor.

These days the discovery of new drugs is rarely accidental and there are rigorous procedures in place for the safe development and testing of any new drug. After discovery they will be passed through Adaptive phase 1 clinical studies, and if successful will then pass through phases 2 and 3 prior to licensing. Visit richmondpharmacology.com/specialist-services/adaptive-phase-i-studies to learn more about what this entails. Despite some truly amazing discoveries being made accidentally, as in the case of the benzodiazepines, it is also certainly a safer and more effective method of discovery and trials which are widely employed today!