When we hear the word attachment, we often relate it to something bad; however, it is an inherent characteristic and a basic need in the human being, which develops from an early age. Investigating more on the subject, I discovered that child attachment is not bad. On the contrary, it is fundamental because it defines the way we relate to other people in adulthood, whether family, friends or partner.

In other words, child attachment is a stable bond between parents and children to ensure survival and development.

What is child attachment? 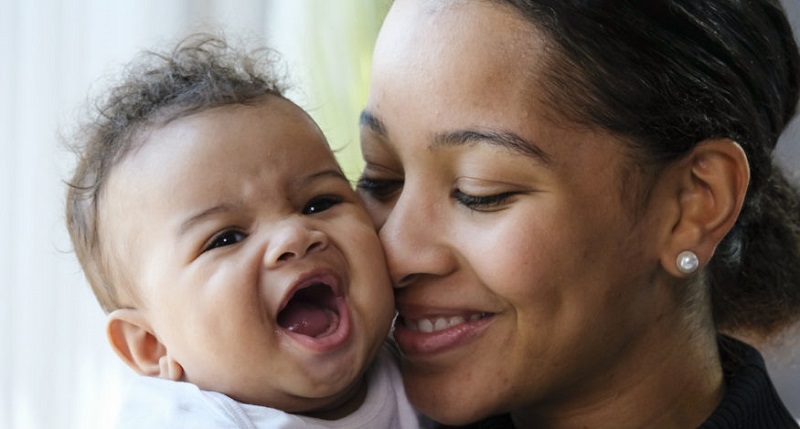 According to the Encyclopedia on the Development of Early Childhood, child attachment is the way in which children are emotionally linked to their parents or caregivers and it is through this dynamic that they will learn how to do so in their future relationships.

On the other hand, the educational psychologist Jimena Ocampo points out that child attachment “has an adaptive function for both the child and the parents and fulfills two primary functions: to favor the child’s survival by keeping him close to his parents and providing emotional security.”

Child attachment develops according to age. During the first months, the child does not differentiate who interacts with him and who does not. From 3 to 6 months, begins to generate closeness to those who care for him and a rejection of strangers. From 6 months a year, the attachment and preferences for certain close people intensify a little, and even the separation of these people can unleash certain reactions of anxiety and sadness, while the closeness is reflected in laughter and joy. From the year on, the child begins to develop independence little by little.

Why is child attachment important?

If as adults we can be influenced by other people, change our perspective, discover and listen to new musical genres or even vary the way we show our love, now imagine the situation for a little one who is just discovering the world, which is a canvas in white.

Child attachment is not only reflected in the closeness of a parent but in the way, they support the child when they have a difficulty or the way they react to their sadness or needs.

Among the benefits of a healthy infant attachment, according to the Encyclopedia on Early Childhood Development, are:

However, childhood attachment is not only limited to the emotional bond but also manifests itself in physical contact. Has it happened to you to be with people who do not like to be touched or who, on the contrary, embrace others a lot? Well, according to research from the University of Northern Illinois, childhood contact between parents and children can affect the way we express our love in adulthood.

As you see, the attachment of children lays the foundations to know how we will face attachment in adulthood; mainly in love, we can fall into the attachment of the harmful partner, that which leads to relationships of dependence and codependence, in which love is related to anxiety, sadness and even emotional blackmail. Soon I’ll talk more about these issues.

If you have children or are part of raising a child and you want to help them develop a healthy emotional attachment, give your best and make them feel the support and love you feel.