Ginger is a plant of Asian origin that is grown to extract and consume the rhizome. This plant is best known for its aphrodisiac reputation, but it is far from the only virtue of this plant. The origin of ginger is located in southern China and India, where it has been cultivated for more than 5,000 years. Since then and still today, this plant is used as a condiment, as a food, but also as a medicinal plant.

Although it is mainly used for Oriental and Asian cuisines, this plant is more and more present in Western kitchens. To be exact, ginger was introduced to Europe three centuries ago by Arab merchants. Even if ginger is more and more used, it should be kept in mind that, like any plant or essential oil, it must be consumed in moderation and in reasonable proportions. Ginger has the advantage of being consumed in a multitude of forms: infusion, candied, powdered, grated, sliced, etc … Whether related to health, well-being or diet, the virtues of ginger are very numerous and unknown … but we will fix it. 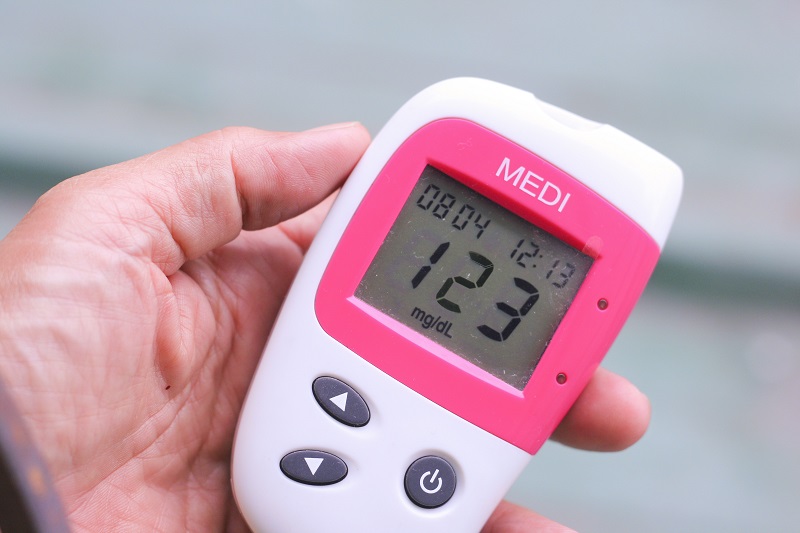 Ginger, if consumed regularly, at a rate of 3 grams per day, would have the ability to lower the blood glucose level fasting and would, therefore, be recommended to help people with type 2 diabetes. Ginger would improve even insulin resistance.

See this article: 5 Health properties of the goji berry

2. Ginger to boost your tone

The first reason why we recognize the special virtues of ginger is obviously for its aphrodisiac power. This plant has the ability to tone the whole body.

This effect is mainly due to the manganese it contains. This micronutrient helps and promotes a dozen metabolic processes, whether in men or women, which explains its reputation. The most recognized and proven virtue of this plant is its toning power. To benefit from all its benefits, it is advisable to consume ginger regularly, but always in reasonable proportions.

Always thanks to the manganese, which remember it favors a good number of metabolic processes, the ginger is also known to improve and accelerate the digestion. In addition, ginger has the ability to clean and maintain intestinal flora in good condition, which is a prerequisite to ensure proper transit. 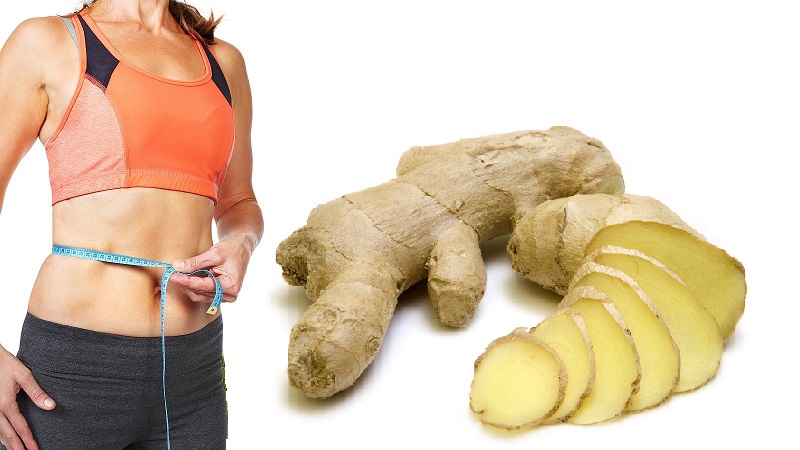 For people who want to lose weight without the constraints of a diet, there is evidence that ginger has virtues “burn fat”. It also improves weight loss through improved digestion.

You may continue: 7 Balanced menus to lose weight and fat

However, it should be noted that its slimming properties will only work as part of a reasonable and balanced diet. Ginger would work very effectively on belly fat which is often the result of intestinal problems. This plant also provides a feeling of satisfaction and satiety that helps not to nibble between meals.

5. To relieve nausea and vomiting

The consumption of ginger is recommended for pregnant women who suffer from nausea and vomiting. It is impossible to prescribe these women anti-emetic drugs that would harm the smooth running of pregnancy.

Ginger is a natural and safe alternative for the mother or child she wears. Whether ingested in powder, infusion or in the kitchen, the anti-emetic efficacy of ginger will be the same. It is the gingerols and shogaols contained in the rhizome that gives it these antiemetic properties. These compounds relieve nausea by acting directly on the stomach by reducing its movements. Ginger can also be used to relieve motion sickness.

Ginger is really a food that pregnant women should not hesitate to consume since in addition to relieve nausea, it also contains vitamin B6 very important, and often prescribed, for the development of the fetus. 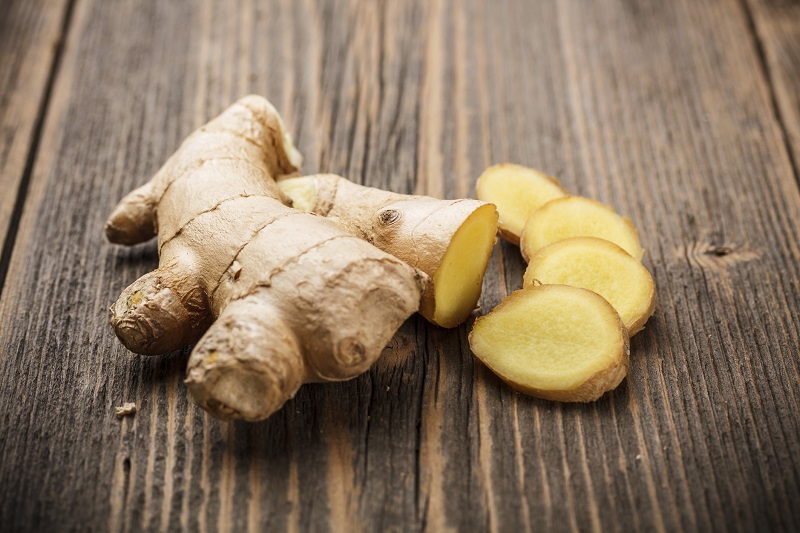 An anticoagulant is prescribed to thin the blood, help the heart to pump and distribute blood throughout the body and prevent blood clot formation that could lead to the vascular or cardiovascular attack. If you are on a blood thinning treatment, ginger is on the list of foods to avoid as it will interfere with medication. You would be in some sort of over-medication and you could be the victim of heavy bleeding or bleeding.

The consumption of ginger is a good way to lower and fight against fever. It is recognized that this food has very powerful anti-inflammatory, antibacterial and antiviral properties. Even if ginger is not linked to medical treatment, it will promote the entire immune system and help your body fight against internal and external aggression. 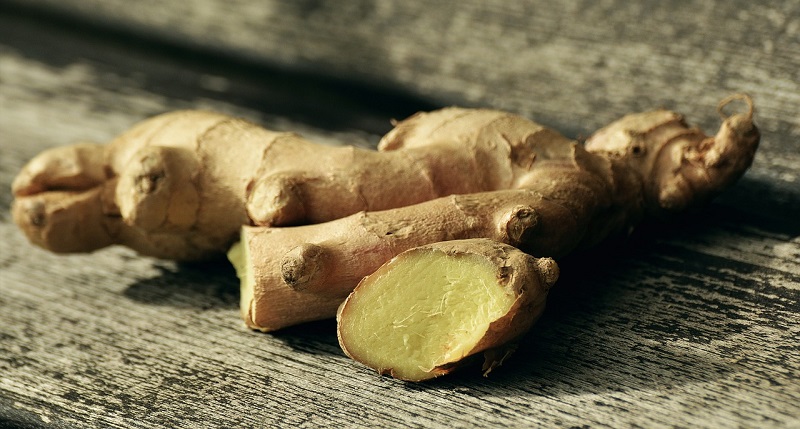 Ginger, in addition to relieving nausea and vomiting, is also a natural anti-inflammatory that has no side effects which are a significant asset.

In addition to fighting fever and infections, ginger can relieve premenstrual pain as well as muscle damage. The use of ginger is also recommended to relieve joint pain whether or not related to arthritis or osteoarthritis.

We also recommend you to read this article: http://fruitnfood.com/2018/04/11/5-health-properties-of-garlic/